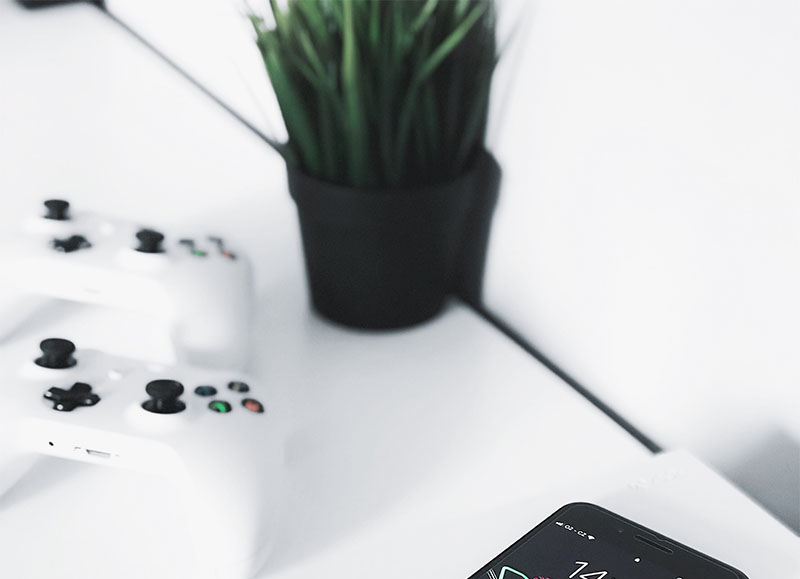 Most people think video games are all about a child staring at a TV with a joystick in his hands. I don’t. They should belong to the entire family.

They’re in your home.

Your child’s interacting with them daily.

You’ve heard they can be harmful… but you’re not sure what to believe.

We sat down with our own Dr. Ross Barr to learn more about the world of video games, and separate fact from myth:

For readers who are less familiar with video games, can you give us a quick overview of the topic?

Video games have been around for decades and have evolved rapidly.

Deceptively complex, they involve planning, competition, problem solving, coordination of movement, and communication. They can promote and influence social interaction, provide a sense of accomplishment, and even educate the players (looking at you, Oregon Trail…).

Many parents are concerned that video games lead to increased aggression and youth violence. How accurate is this?

First off, the type of video game matters. Just like we have genres in music and movies, there are different styles of video games. Typically, when people think about this concept, they are talking about violent video games (VVGs) (e.g., Call of Duty, Mortal Kombat, Grand Theft Auto).

Research is clear that VVGs do not cause aggression. Instead, they interact with the user’s existing biological and psychological traits. This means that certain individuals are more vulnerable than others to respond in an aggressive way.

Even this is a simplification, though. Video games are complex! One person may become angrier playing a VVG, while another person may get angrier at a non-VVG because they fail to achieve the goals the game has in place for them. (Think about that friend who flipped the checkers board at you when they lost. We all respond differently.) Also keep in mind that violent crimes committed by youths has been on a steady decline since the mid-90s, arguably the same time frame when video games started becoming widely accessible.

So much of the media coverage of video games seems to focus on young people. Does this reflect the true demographics of gamers out there?

Okay, there’s no two ways about this: It’s just false! The wide availability of the internet, smart phones, and numerous consoles and affordable computers has led to video games being incorporated into the lives of 155 million Americans. The average age of players is actually 35, and a full 74% are older than 18!

Some argue that video games desensitize users to certain aspects of reality. Fair?

People, especially children, have a great ability for differentiating play from reality. Play involves an individual entering what has been called the “magic circle” where one behavior (e.g., sweeping) can be interpreted within the context of play, that is ‘playing house,’ or the context of reality, that is housework. Realistically, playing VVGs is likely to lead to playing more VVGs, not violent behavior in real life. Firmly grounded in the context of play, not reality.

What about other social or emotional consequences? Do video games contribute to isolation or hamper development of social skills?

It depends. Historically, there have been misconceptions that gamers are reclusive, socially inept individuals who use gaming as an escape. But this just doesn’t bear out in the research. Gamers are a very diverse group of individuals who are successful in many areas of life, engaged in social relationships, emotionally healthy, and physically healthy.

It is true that a small subset of gamers do show social difficulties, which lead them to play more video games, and become socially isolated. Over time, this can lead to gradual loss of offline relationships, which in turn pushes individuals to turn more toward gaming.

Potentially. There is a fair amount of disagreement (too much to address here) about how video game addiction is defined. Bottom line: In extreme cases, excessive gaming can lead to sacrificing work, education, hobbies, socializing, time with family members, and sleep; poorer social skills, poor academic performance, aggression, and maladaptive coping.

It’s unclear at this point what percentage of gamers experience any of these negative effects, but estimates range from 2-10%.

Video games have served as a scapegoat for everything from poor time management to attention difficulties to outright brain-rot. Are there any benefits?

Definitely. Video games have quite a few social and cognitive benefits.

The internet has provided individuals with the opportunities to form communities within games that provide social support and connection. Research even suggests that individuals are more likely to open up to online friends about real life problems, thanks in part to the anonymity associated with online play.

Cognitively, experimental research reveals that individuals who play action video games actually show global improvements in visual perception, attention, memory, and executive functioning. And this is among people who are NOT gamers to begin with!

We all want the best for our kids. But life is busy, and many of us feel we’re in way over our heads when it comes to navigating video games. Can you share some practical tips to help readers protect against risks and maximize potential benefits?

We can do a lot more than we realize, when it comes to navigating video game use. A few suggestions to get you started:

We can’t wait to see you there!

Need support in navigating the world of video games?